In the annual general meeting of the International Association of Deposit Insurers (IADI) which was hosted in Seoul, South Korea, on 23-28 October 2016, the Albanian Deposit Insurance Agency (ADIA) was won the award “Deposit Insurance System Improvements”. The Albanian DIA was represented in this event by Mr. Genci Mamani, General Director, to whom this prestigious award was given to by Mr. Thomas M. Hoenig, President of IADI. ADIA had previously applied for this award, which evaluates the steps undertaken by deposit insurance schemes for a three year period (respectively October 2013-October 2016) in adopting and applying best standards and practices of deposit insurance.

ADIA was rated positively by a special committee from IADI in all sections submitted. This evaluation comprised of, among others, the steps undertaken for implementing and IT system for the monitoring of subjects member of the deposit insurance scheme and the automatic reporting of data, calculation of insurance premiums, as well as for the payout of depositors in case of an insurance event. This electronic system replaces a process which previously was conducted manually. Now the system facilitates a fast and timely payout of depositors if needed. The Agency’s payout capacities were tested twice in technical simulation exercises of an insurance event conducted during the evaluation period, with the participation of members of the financial safety net such as Ministry of Finance, Bank of Albania and Financial Supervision Authority. These simulation exercises helped ADIA in drafting an action plan in the case of an insurance event, for a fast and accurate payout of depositors.

In addition, ADIA was valued for a series of important legal reforms which enabled the modernization of the scheme. In 2014, the Parliament approved a new law “On deposit insurance” which, among others, adopted the maximum coverage levels for banks and saving and credit associations, presented a methodology for the calculation of the insurance premium and the automatic reporting of depositor data from subjects member of the scheme, as well as enhanced the Agency’s financial independence and the management of its funds. Furthermore, in 2016, this law was amended to include legal persons and traders in the deposit insurance scheme, as well as to give the Agency the exclusive right to enter into REPO agreements with the Bank of Albania in case of an insurance event. These legal reforms triggered changes in some of the Agency’s bylaws which had to be amended accordingly, among which the Payout Regulation which details all steps of a payout process.

Another important step from a financial perspective, was the Agency’s right to independently approve the investment policy for its financial means. This creates for greater flexibility in investments, as it allows taking into consideration various regulative, economic factors, changes in the securities’ market, as well as allows for a greater diversification of the Agency’s investment portfolio. In addition, in 2014 the Agency signet a loan agreement with the European Bank for Reconstruction and Development, which makes available a credit line of 100 million EUR to the Agency in an insurance event. This credit line, which is a supplementary security measure for depositors, allows the Agency to use additional liquid funds in an insurance event, in line with best practices for an effective deposit insurance system.

Lastly, ADIA was positively rated for its public awareness campaigns and the steps undertaken in this direction. An important step was changing the image of ADIA, through a new logo and the production of new informative leaflets for depositors on the functioning and objectives of the deposit insurance scheme. Through this evaluation period, ADIA also produced and educative video for the public, as well as increased its presence in social media. The new brand is accompanied by a thoroughly revamped web presence (www.asd.gov.al). The new website provides a platform which is clearly structured and provides all relevant information on deposit protection and the functioning of the deposit insurance scheme.

IADI is an organization with the membership of 83 states which sets best standards and practices, through adopting core principles, in the area of deposit insurance. This organization has taken a particular importance internationally due to the role played by deposit insurance schemes in the wake of the global financial crisis in 2008, towards increasing the confidence of depositors, thus contributing in safeguarding financial stability. 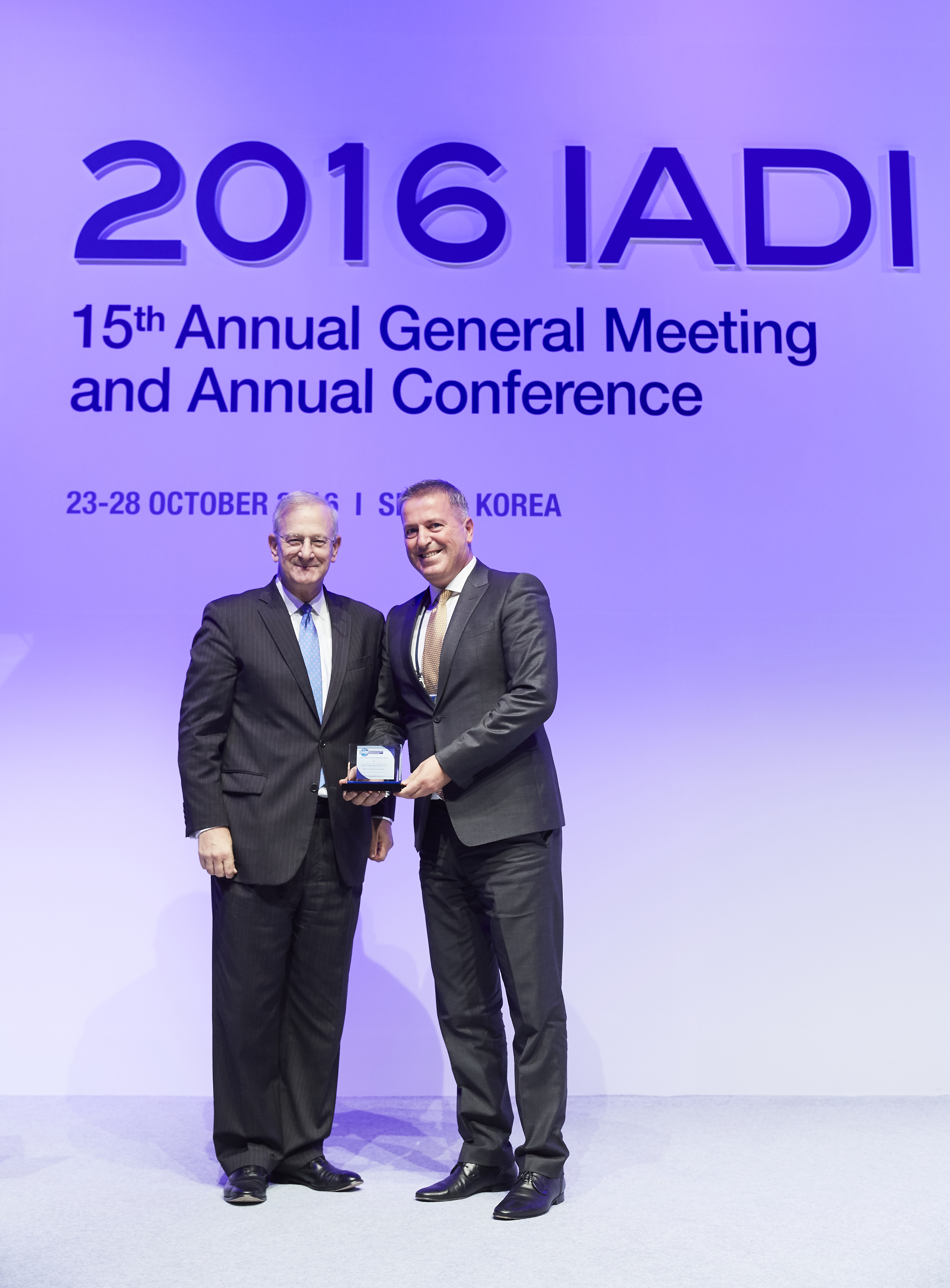